What You Need To Know About Your Baby’s Development

The first step in pregnancy is fertilization. This is the union of an egg and a sperm into a single cell. Sounds simple but it’s the first step in a series of very complicated steps that lead from pregnancy to conception to your baby’s development.

How Does Conception Work?

Every woman goes through a reproductive cycle that ends in one of two ways. Either a menstrual period or pregnancy. This cycle starts in our puberty years and is continuous through to menopause. Basically your teen years to around age 50.

When trying to get pregnant, there are several steps. Eggs develop in small fluid filled cysts called follicles, where each immature egg is contained for growth. One egg out of the group will mature and continue on throughout the cycle. When this happens, the eggs get ready to leave the ovary for ovulation. The follicles then suppress all other follicles in the group and the others stop growing at this point. The mature follicle now opens and releases the egg from the ovary for ovulation.

Ovulation occurs about two weeks before your net menstrual period begins and is generally during the middle of your cycle.

After ovulation occurs, the ruptured follicle develops into a structure called the corpus luteum. This is where the hormones estrogen and progesterone help prepare the endometrium, or the lining of the uterus for fertilization.

If you don’t become pregnant during your cycle, this lining is what is shed during your period.

Fertilization happens about two weeks after your last period. As the sperm penetrates the egg, it prevents other sperm from entering by changing the protein coating of the egg.

At this moment, your baby’s genetics are complete including the sex.

Gender is determined by the sperm that fertilizes the egg when it is conceived. Females have a genetic combination of XX and men have XY. The mother provides the egg with an X that combines with the sperm that can be either an X or Y.

The start of pregnancy is the first day of your last period. This is the gestational age. It’s about two weeks before conception actually occurs. This may seem odd but this actually helps to determine the baby’s due date and how far along you are in pregnancy.

This is where the cells start to implant and grow. After 8 weeks, it’s considered an embryo and after 9 weeks it’s called a fetus. This is called implantation. When the blastocyst makes contact with the endometrium, hormones are  exchanged. This helps the blastocyst attach. This is why some women notice spotting/bleeding during implantation. This is normal! The endometrium becomes thicker and the cervix is sealed by a plug of mucus.

Within the next three weeks, the blastocyst forms an embryo and nerve cells are formed.

Some of these rapidly dividing cells form the placenta. This is vital for life support during pregnancy. The placenta transfers hormones, oxygen, and nutrients to the fetus.

How Long Is A Full Term Pregnancy?

Normal pregnancy lasts from the first day of your last period to about 40 weeks. The two weeks after the start of your last menstrual period (LMP) is counted as the beginning of your pregnancy when you’re not actually pregnant. So, pregnancy lasts about 10 months, not 9 months. It’s because of these two additional weeks that are counted.

How Is Pregnancy Measured?

Pregnancy is normally divided into weeks. The total of 40 weeks of pregnancy is grouped into three separate trimesters. Here is the breakdown of your baby’s development:

First Trimester: first day of your LMP to 13 weeks and 6 days. This is when fertilization and organ development starts

Second Trimester: 14 weeks to 27 weeks and 6 days. This is growth and development

Third Trimester: 28 weeks to 40 weeks and 6 days. This is when the organs mature and the baby’s weight increases to be able to function after birth.

The estimated due date (EDD) is the date when your baby is estimated to be delivered. It’s only about 1 in 20 women who actually give birth on their projected due dates. However, the EDD is useful! This helps determine your baby’s gestational age throughout pregnancy and tracks growth. It also helps determine a timeline for certain tests necessary throughout pregnancy.

Your EDD is calculated from the first day of your LMP. If the LMP is uncertain, an ultrasound exam may be done to help estimate the due date.

If you conceived through IVF, the EDD is set by the age of the embryo and the date it was transferred to the uterus.

Timeline For The Baby’s Development

Each trimester is a set of about three months. However, most healthcare providers discuss development and age in terms of weeks. Each trimester comes with distinct changes in you and your baby.

Although we think of pregnancy as 9 months, it isn’t always the case. Some pregnancies are longer and some are shorter. This is totally normal!

Towards the end of your pregnancy, several category names may be used regarding your labor. These help divide up the last weeks of pregnancy and also used to measure certain complications in newborns. If your baby is delivered in the early term, there is a higher risk of hearing, learning, and/or breathing issues than babies born a few weeks later.

Weeks 1 to 8 of pregnancy

How Early Can You Detect Pregnancy?

From the moment of conception, the hCG, or the hormone human chorionic gonadotropin is present in the blood. This is created by the cells that form the placenta. This hormone is also the hormone that your pregnancy test detects in the early stages. It normally takes three to four weeks from the first day of your last period for hCG to be able to be detected by pregnancy tests.

If you think you’re pregnant and take a pregnancy test that tests positive, talk to your healthcare provider to schedule your first appointment.

When you talk to your doctor about pregnancy and your baby’s development, they may ask you if you’re taking a prenatal vitamin. These contain folic acid and is important for you to get at least 400 mcg of every day during pregnancy to make sure your baby’s neural tube develops properly. Some providers will even suggest prenatal vitamins before your pregnancy!

Have Questions About Your New Pregnancy And Baby’s Development? Call Rosh MFM in NYC!

From questions about nutrition and weight gain, to concerns about whether your medications are safe or an unexpected cramp signals a problem, expecting moms have a lot of questions.

The team at Rosh Maternal & Fetal Medicine are prepared to give you answers abut your baby’s development and provide top-notch medical care so that you have a healthy pregnancy. If you’d like to schedule prenatal care or have questions about pregnancy, call their office in the Midtown East area of New York City, or schedule an appointment online.

What Are The Risk Concerns for Diabetes and Pregnancy?

To give some context for this article, it’s important to...

5 Tips for Managing Your Weight During Pregnancy

Pregnancy isn’t only about managing a healthy weight but also...

How to Instantly Improve Your Chances of Getting Pregnant 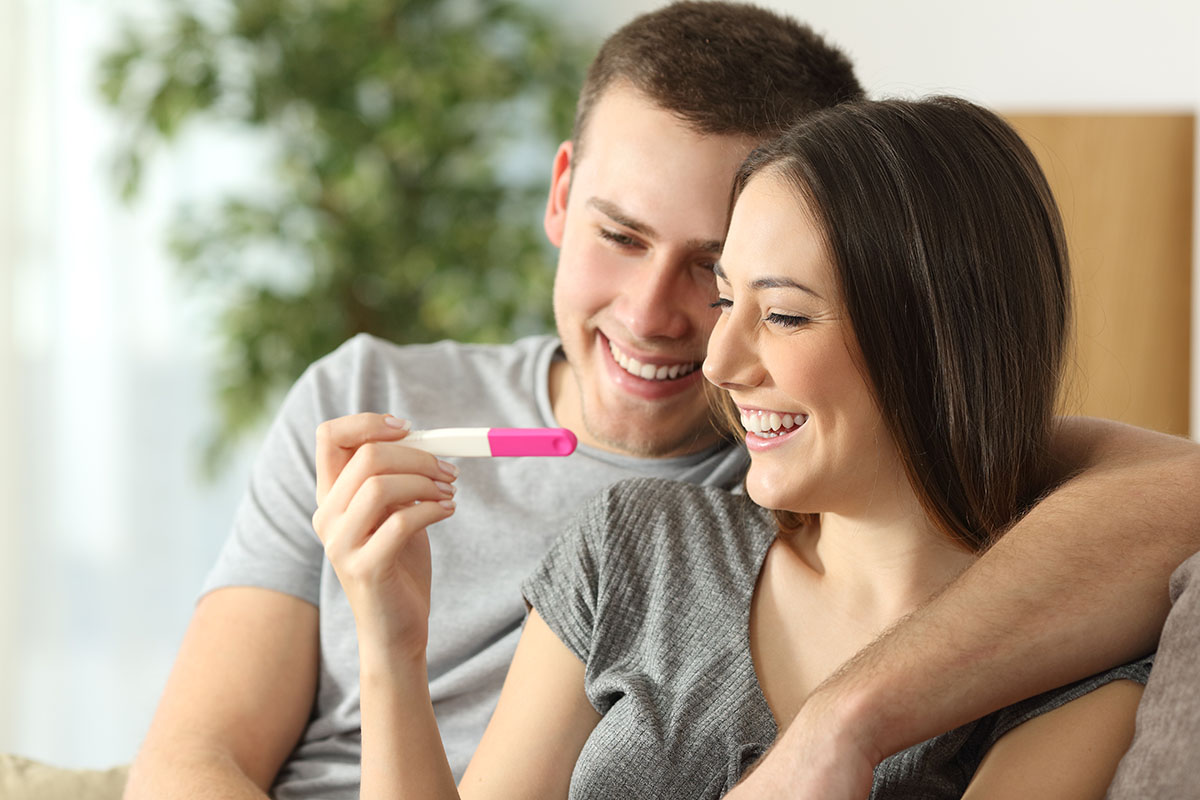 There are a lot of things that could make getting pregnant a little...