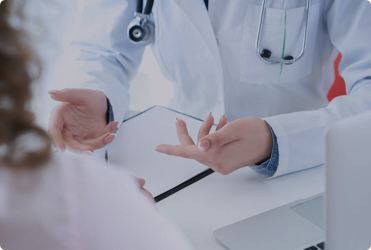 Routine cancer screening detects disease at the earliest possible stage. Cervical cancer is the only gynecologic cancer with a screening test that’s recommended for all women, but you can still be screened for other cancers.

The doctors at Rosh Maternal & Fetal Medicine can perform cancer screening for all types of gynecologic cancer using various diagnostic procedures. If you experience symptoms like vaginal bleeding or pelvic pain, call their office in the Midtown East area of New York City, or schedule an appointment online.

What are the different types of gynecologic cancers?

Gynecologic cancers can affect any of your reproductive organs, but the most common cancers are:

Cervical cancer is caused by several types of human papillomavirus (HPV). It usually doesn’t produce symptoms in the early stage, but advanced cervical cancer may cause bleeding, vaginal discharge, and pelvic pain.

Endometrial cancer is the most common type of uterine cancer. It develops in the endometrium, which is the lining of the uterus. Uterine cancer often begins after menopause. Most women experience abnormal vaginal bleeding; they may also have pelvic pain.

Cancer that grows in ovarian tissue most often develops after the age of 60. Symptoms of ovarian cancer include pelvic pain, abdominal bloating, vaginal bleeding, urinary urgency and frequency, and feeling full quickly after eating.

Vaginal cancers represent just 1% of gynecologic cancers. They most often occur in women over the age of 60. You may be at a higher risk for vaginal cancer if you have a human papillomavirus infection or cervical cancer. Abnormal vaginal bleeding is its primary symptom.

What screening tests are performed for gynecologic cancers?

Most women are familiar with the Pap test, which is used to detect cervical cancer. Cervical cancer is currently the only gynecologic cancer that has a screening test, so it’s the only one for which routine screening is recommended.

Screening for other types of cancers may be done as part of your pelvic exam. Otherwise, cancer screening is performed by your doctor based on your risk and the prevalence of the cancer.

A Pap smear may also show abnormal endometrial cells. An endometrial biopsy is performed when women experience symptoms or have an abnormal Pap smear.

Ultrasound, pelvic exams, and blood tests are used to screen for ovarian cancer. Routine screening isn’t recommended unless you’re at a high risk. Genetic screening can help determine your risk.

How can you protect yourself from advanced gynecologic cancers?

Since routine cancer screening is only available for cervical cancer, one of the best ways to protect your health is to recognize the symptoms and get routine gynecologic exams. With regular checkups, signs of gynecologic cancer can be detected early — before they spread and while they’re treatable.

We specialize in high-risk pregnancy.

We work to minimize complications and help you achieve the healthiest pregnancy possible.